A polished and professional brochure website to take Sign Design’s digital presence up a notch and coincide with their high level of service.

Unrivalled in Middlesbrough and the wider North East area for creating tailored signage, Sign Design are a friendly team diverse in skill and knowledge, that specialises in delivering results for a variety of projects.

Some of their work can be found on commercial buildings, shop fronts, walls, and vehicles. Using state-of-the-art technology and creative thinking, they are able to bring any visual you have in mind instantly to life.

Whatever you require, branding, wraps, signage, or graphics; Sign Design has the imaginative ideas, professional eye, design experience, manufacturing capabilities, and timely installation processes to deliver the envisioned outcome for any client.

Sign Design had previously had their website developed, however, it just didn’t meet the ‘wow factor’ they had hoped it would and they wanted to step it up a gear.

The client wasn’t sure what they wanted, they just wanted it to be extremely professional, slick and showcase the wide range of amazing clients they work with and the incredible projects they can deliver.

Hush were required to revolutionise the entire appearance of Sign Design’s website and inject some well-needed vibrancy and flair, standing the sign designer out from the crowd and at the top level they perform at. 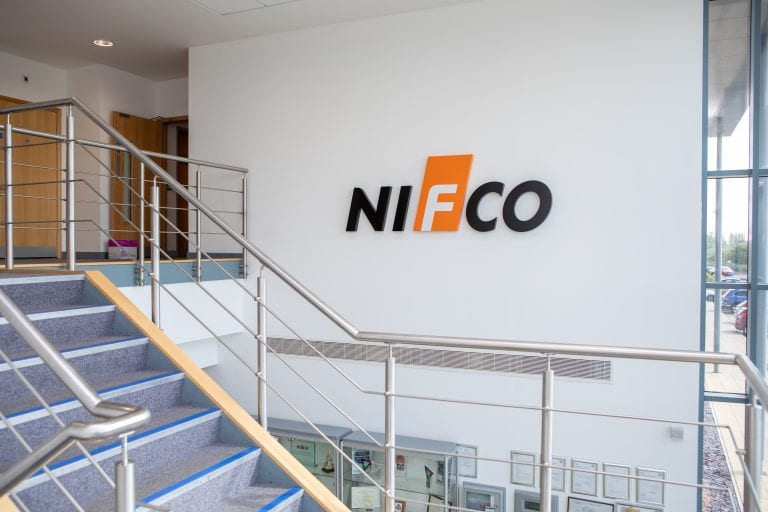 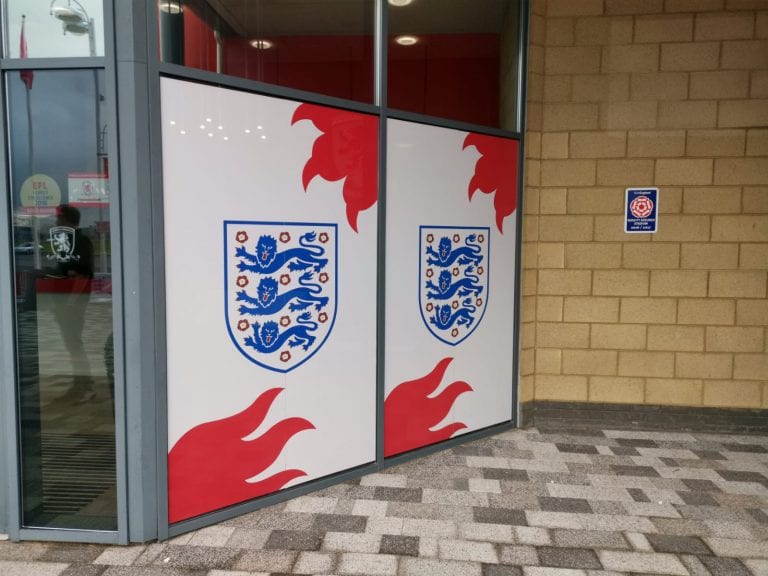 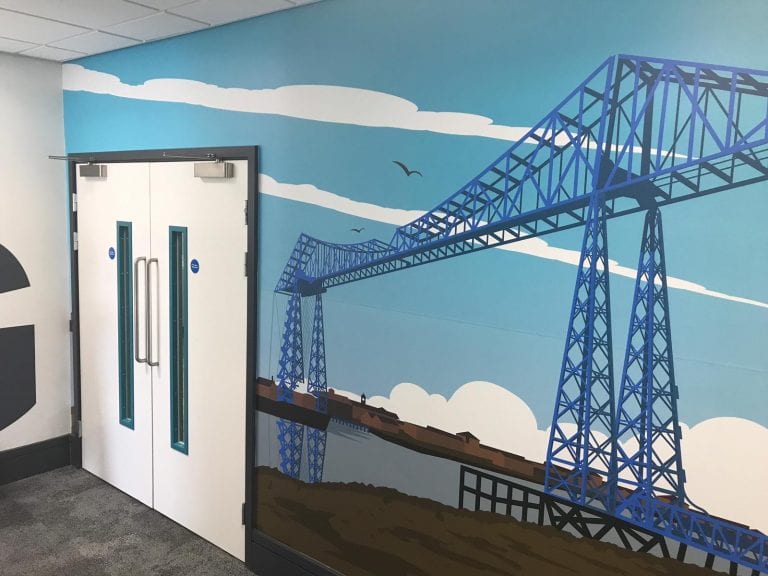 The first step was to refresh the logo and colour scheme to give the brand a new and instantly modern feel, drastically modernising the logo with just a few subtle tweaks.

Hush also developer the colour palette to clearly represent and segment the service range, making the website visually appealing for its users, taking them on a visual journey no matter what service offering they were looking for.

We delivered a completely bespoke design, website conversion, and CMS development on the WordPress platform. The new website features an instantly engaging appearance, seamless click-throughs, and high-quality graphics to take each user on a flawless journey through each page they navigate. It was important for the new website to be sleek and simple but clearly segment and provide a wide range of information.

Not only this, we kitted out each page of the website with newly written and optimised content in preparation for ongoing SEO, setting Sign Design up for ongoing optimisation as and when they need it.

Check out the end result! 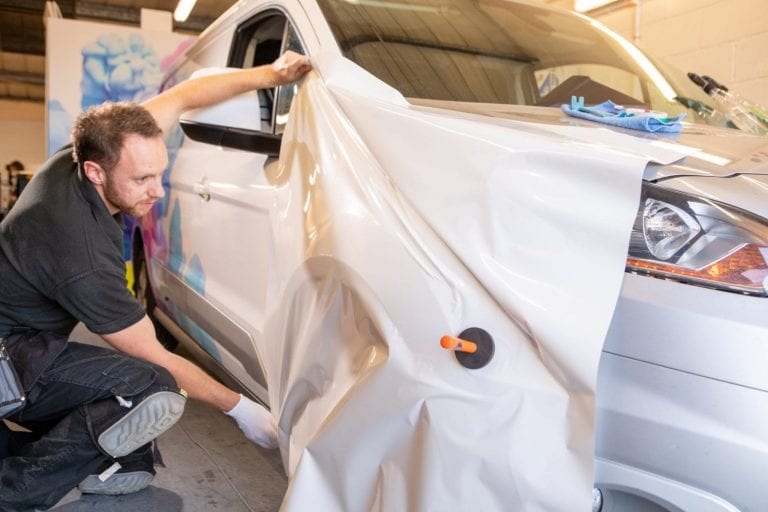 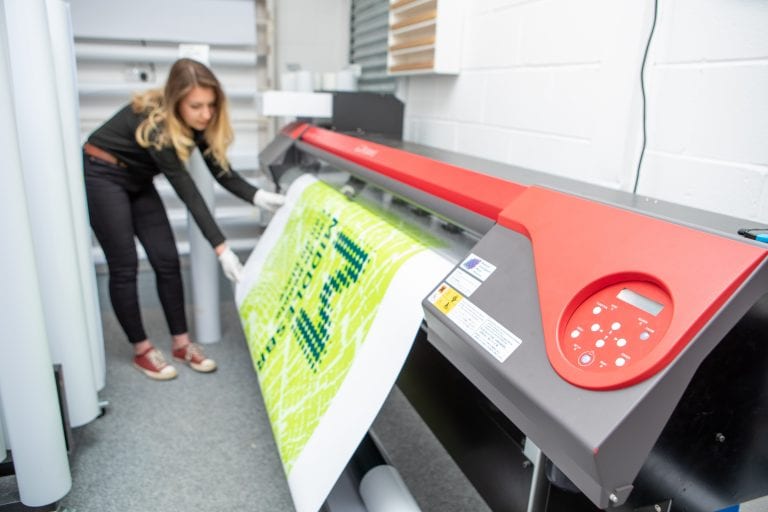 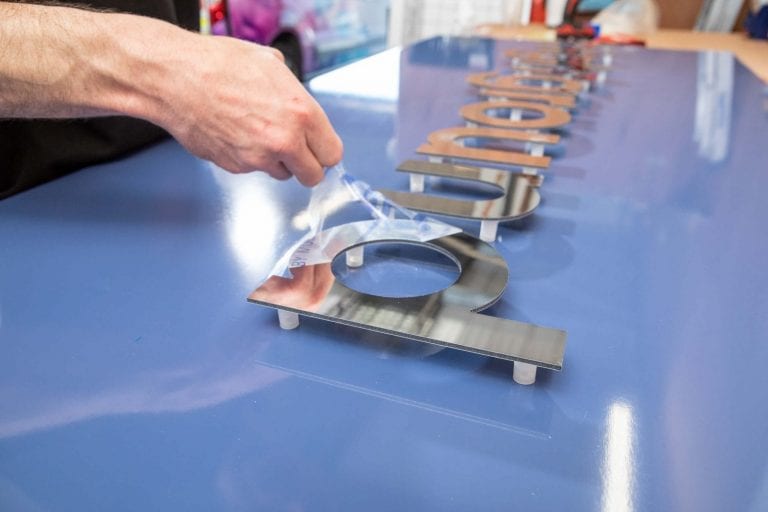 We have recently launched a new website and it is our 3rd in 7 years. Our first website was great at the time being ‘cheap and cheerful’ and did the job. The second was a much bigger spend, and just didn’t turn out how we had hoped for various reasons and were disappointed with it from the day it went live. We needed a new one, that ticked all of the boxes and that we would be proud to shout about so we started all over again. Having known Rosie for a number of years, Hush seemed like a good choice. The only reason we hadn’t used them in the past was that they were a little more expensive than other quotes we had. Well there is a reason for that.

“The guys at Hush absolutely know what they are doing. From conception to completion we were on the same page almost 99.9% of the time. We showed them what we liked, and what we wanted our website to be modelled around, and they absolutely nailed it. It’s original at the same time as being along the lines of the designs we showed them. We absolutely love it and are more than ready to shout about it.

The support we received along the way was fantastic. We had ideas that we would write all of our own copy and we just struggled. Hush stepped in, the rates were very fair, and they produced excellent copy for what is really quite a unique industry. When we were struggling pulling imagery together, Chris came and sat with me to try and figure out what should go where and that helped massively.

Due to time constraints at this end, we did cause the project to run behind, but Hush were flexible every step of the way. They were also very honest with the branding which resulted in a slight refresh which we love, and kept us on the right tracks with design – letting us know when they felt something wouldn’t look quite right. This was hugely appreciated as we all know – the customer isn’t always right!

We would not hesitate to recommend Hush to anyone looking for their next website. They are worth every penny.

Big thanks to Rosie, Jonny, Chris and the team at Hush!”

Do you want to do digital differently? We can’t wait to find out more. Get in touch and let’s take your digital presence to another level.

Due to government guidelines, we are all now working remotely from the safety of our homes, with operations running as usual and no interruption to client workflow or new enquiry handling.